Microsoft is Looking for their Next Default Font

Microsoft has commissioned five new custom fonts that could be the new default font going forward.

"Calibri has been the default font for all things Microsoft since 2007, when it stepped in to replace Times New Roman across Microsoft Office. It has served us all well, but we believe it’s time to evolve. To help us set a new direction, we’ve commissioned five original, custom fonts to eventually replace Calibri as the default. We’re excited to share these brand-new fonts with you today and would love your input. Head over to social and tell us your favorite. And don’t worry if the font you love best isn’t chosen as the next default; all of them will be available in the font menu, alongside Calibri and your other favorite fonts in your Office apps in Microsoft 365 and beyond."

They are going to be evaluating them over the next few months and getting feedback from their social channels to decide what the next default font will be. It seems they will all be available to use, and it looks like they can already be downloaded and used now. 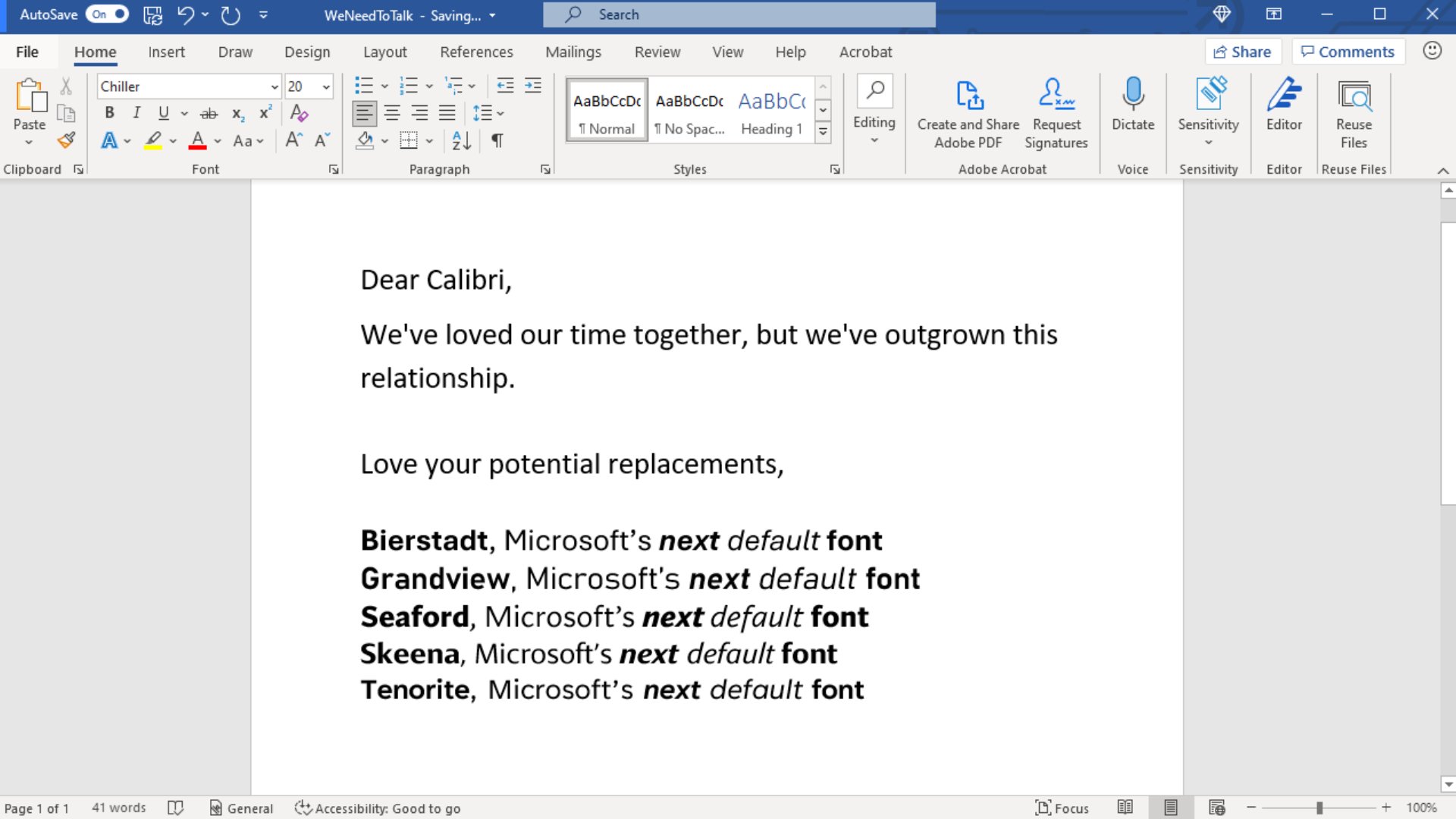